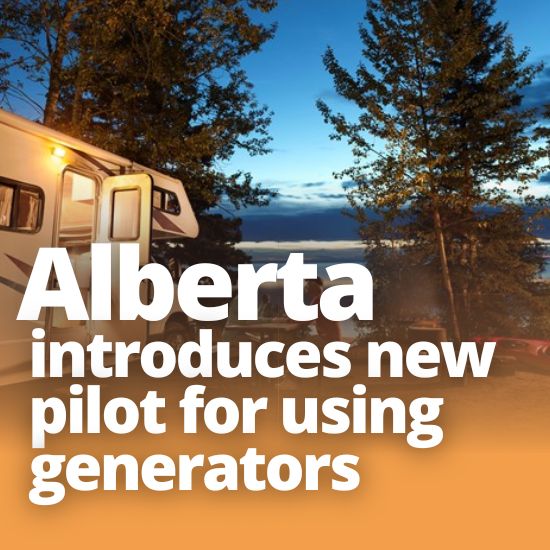 Visitors to eight provincial parks and recreation areas in Alberta will be able to enjoy longer periods of peace and quiet this year after the province put more restrictions on fuel generators.

With the camping season just around the corner, the province has unveiled a new strategy to help visitors to a number of parks enjoy a bit more peace and quiet this year.

Starting June 1, Alberta Parks has restricted the use of generators at a group of eight provincial parks and provincial recreation areas to “improve visitor experiences.”

In a release, officials say the loud noise emitted by generators can disrupt the experience for other campers so, as part of a pilot project, they are introducing stricter rules on the usage of such equipment.

“New fuel generator rules in eight provincial parks and provincial recreation areas will help manage excessive noise and ensure all campers can connect with, and appreciate, the great outdoors,” Alberta Parks wrote in a statement.

Anyone looking to change or cancel their reservation as a result of the pilot program should be aware that a $10 fee will be charged by the Alberta Parks’ online system.

Alberta Parks says the pilot program is the result of feedback from satisfaction surveys completed by visitors that suggested that fuel generators are “especially disruptive” when it comes to noise.

“Excessive noise complaints put pressure on Alberta Parks’ staff, conservation officers and facility operators, while reducing visitor satisfaction. It is our hope that introducing new rules will make the great outdoors more enjoyable for everyone.”

The temporary rules help align Alberta Parks with the same strategy used by Parks Canada and BC Parks.

Medical exemptions are available for visitors, such as those who require a CPAP or BIPAP machine. Instructions on how to apply for that documentation is available on the Alberta Parks’ website.

The rules will be in place for the rest of the 2022 camping season.